Why Big-Company Freelancing May Soon Get a Lot Easier

One of the most important trends in employment today is giant corporation’s increasing use of freelancers.

Not everyone likes it, given that some firms are forcing employees who once did traditional jobs into becoming contractors with no benefits. But when big companies are acting in good faith and bringing in expert freelancers to supplement the experience on their teams in a way that allows them to serve other clients, too, it can be great news these consultants. Many big corporations pay well and have a lot of plum projects to farm out.

Even then, though, there can be bumps: Because these companies are accustomed to working mainly with employees, not self-employed professionals, many of their managers don’t know how to create a great environment for these flexible workers.

That can lead to a world of pain for freelancers–from invasive onboarding processes that requires reams of paperwork to managers who treat contractors like they should be on call every moment of the business day, like a full-time employee, even though they are not being paid for that level of availability.

Today In: Entrepreneurs
“Large businesses have not put enough emphasis on the experience of these people who are becoming more and more valuable to the organization,” says Gene Zaino, president and CEO of MBO Partners, a firm in Herndon, Va., that provides back office services to freelancers and studies the freelance economy.

Often, big companies mess things up so badly that the best freelancers–the ones they can trust with high-level projects and client-facing work—get frustrated and go elsewhere, seeking clients who truly know how to act as partners. “Quite honestly, talented people have a lot of choice,” says Zaino.

But that could be changing, as more corporations are realizing they need to get in front of the freelancing trend and make their work environments more appealing to free agents.

In one sign of this trend, Zaino’s company is trying to make it easier for enterprises to attract the best freelancers through a new program to train firms to become a Client of Choice for freelancers. His team is educating enterprises on what its research has found really matters to the nation’s growing army of free agents and how to deliver it.

The number of independent workers in the U.S. has grown from 30.1 million in 2014 to 40.9 million in 2017, according to MBO Partners’ research involving more than 17,000 in-depth surveys of freelancers.

And many of these independent workers are serving business and enterprise clients. Currently, there are 7.3 million full-timers who serve businesses, a group that has grown 62% since 2011, MBO Partners has found. Many are very experienced in their fields. In the group’s sample, which skewed male and had an average age of 52, 45% had graduate degrees, and the average annual income was $98,000.

Thought they may serve the very companies where their neighbors work in traditional jobs, these free agents want something a little different: To gain control over how they work, they are willing to deal with the challenge of generating their own income.

And, in doing their day to day work, these were the key things they wanted from clients:

Allowing me control over my work: 95%

Allowing me control over my schedule: 94%

Allowing me to work on tasks I enjoy: 94%

The Client of Choice program focuses on changing a company’s policies and procedures for freelancers so they are in sync with how freelancers like to work and not just a slightly altered version of their programs for W-2 workers, as Zaino explains it.

For instance, one emphasis of the Client of Choice program is simplifying the process of onboarding freelancers. “It should take no more than 15 minutes to sign up,” says Zaino.

This is one of many potential solutions. Some companies are coming up with their own approaches to the challenge of bringing on more freelancers by creating private talent clouds – or pools of free agents who have already gone through the company’s vetting process. Once freelancer have been onboarded with one manager, others in the company are made aware they are available and already set up in the system, meaning the free agents’ investment of time in the onboarding process may pay off with additional work.

But that approach does not always eliminate compliance-driven onboarding approaches that drain freelancers’ time. MBO Partners recently launched its own network called MBO Connect, which onboards selected freelancers in a streamlined way, so companies don’t have to figure out how to do this themselves. “You get them set up once,” says Zaino.

Expect to see more developments like this in the future from companies that are taking a fresh look at compliance to make it more freelance-friendly. Tech companies have been particularly advanced in engaging freelancers, notes, Zaino. In one important trend that underlines the growing importance of freelancers, some are now assigning staffers the job of keeping these free agents happy.

“Just like there is an accounts payable department, there’s a focus on engaging the independent workforce,” says Zaino.

Many companies know the clock is ticking. Changes in tax law that are favorable to pass-through entities such as S Corps that are likely to encourage more professionals to go out on their own, Zaino notes. “This segment of the workforce is growing and becoming more valuable,” says Zaino. 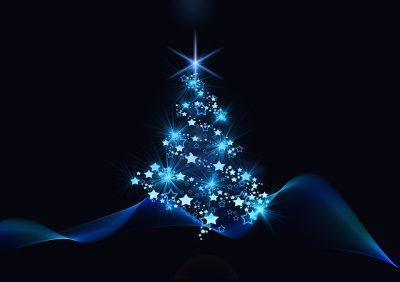